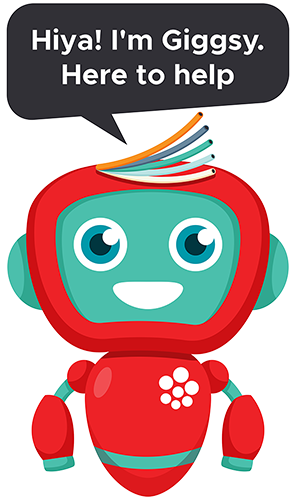 Hamilton-based Ultrafast Fibre (UFF) is announcing 27 towns and 30,000 more customers can now access the benefits of fibre thanks to its early completion of the second phase of the government’s Ultra-fast Broadband rollout programme (UFB2 and UFB2+).

Another 636km of new fibre has been added to the UFF’s network two years ahead of schedule, with a total of 3,500km built across a region spanning Hamilton, Tauranga, New Plymouth and Whanganui.

The final segment of fibre was laid along State Highway 2 in Aongatete, a small town 30km North of Tauranga, on December 23, 2019, marking the official end date for UFF’s UFB network expansion.

The company began its second phase of the rollout two years ago in February 2018, in Omokoroa, a town 14km south of Aongatete, with Omokoroa recently becoming the first of the 27 towns to surpass a 50% rate of fibre uptake.

“Fibre has really transformed the way people live and work in Omokoroa,” says Vance Elliott, owner of VPT, a popular fitness business in the town. “Many people living here commute to Tauranga and now they can work and host their business from home.”

The average uptake across the 27 newly connected towns surpassed 34% in December 2019, with Kihikihi and Matangi boasting the fastest growth in new home fibre connections.

Uptake has reached 63% among UFF’s UFB1 towns, where Hamilton and Tauranga continue to rank among the top 10 in New Zealand for the fastest growth in new fibre connections, each at 67%.

Minister of Broadcasting, Communications and Digital Media, Kris Faafoi, applauds Ultrafast Fibre for completing their network expansion two years ahead of schedule: “I recognise that this would have been no easy task and one that would have had its challenges, so I commend the efforts and the commitment of the UFF executive and its workers on the ground. This is an achievement that they should be incredibly proud of.

“I would also like to extend my thanks to the communities, the councils, the iwi and everyone who has collaborated with UFF to help make this rollout such a success. It is always encouraging to see the great benefits that arise when businesses and communities work together to achieve a mutual goal.

“As Minister, it’s exciting to be part of this transformation, and see more New Zealanders being able to access the wider benefits of fast, reliable broadband.”

Graham Mitchell, CEO of Crown Infrastructure Partners (CIP), the Crown company managing the UFB rollout programme, says: “This is a tremendous achievement by our partner UFF and its contractors, making the benefits of fibre more accessible to thousands more homes and businesses, and contributing to the economic growth of our smaller regional towns.”

UFF CEO John Hanna says the company is proud to bring fibre to 27 new areas two years earlier than planned: “This was a massive team effort, where our amazing crew worked with communities, councils, and iwi to allow us to extend the network in their towns efficiently and get the job done. The pace of the rollout and the quality of our work would not have been possible without their collaboration.

“The people living and working at 30,000 additional premises can now look forward to an online experience that is faster and performs more reliably than any other broadband technologies available today.”

The demand for bigger, better, faster fibre broadband is also on the rise in the Central North Island, with 53% of UFF’s new customers in December 2019 opting for a 1Gbps connection.

And with much faster 2Gbps and 4Gbps plans set to launch later this year, the company is ensuring it will always meet consumer appetite for additional broadband speed and capacity. Five Retail Service Providers have signed on to UFF’s new 10Gb trial since it launched mid-December last year, with two customers already trialling the exponentially faster connections at their premises.

Ultrafast Fibre to trial 10Gbps fibre broadband as it nears the end of UFB2...